Please add support for lens correction of Canon G1X Mark II in Lightroom. Just installed LR 5.5 and it is not yet supported. There is a lot of barrel distortion at the wide end of the lens.

There is already distortion correction built in.

Here is what a raw file looks like without any correction: 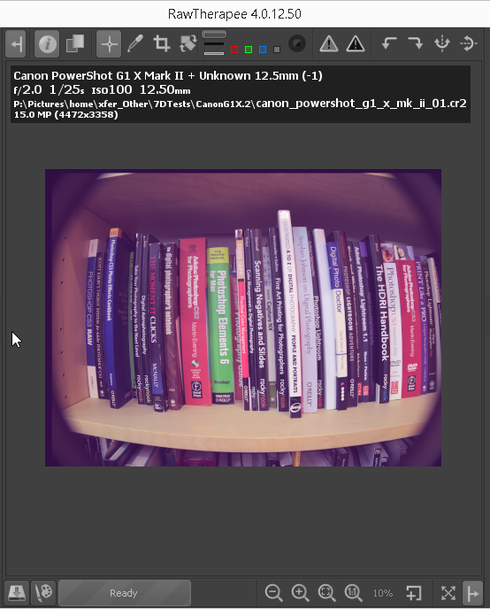 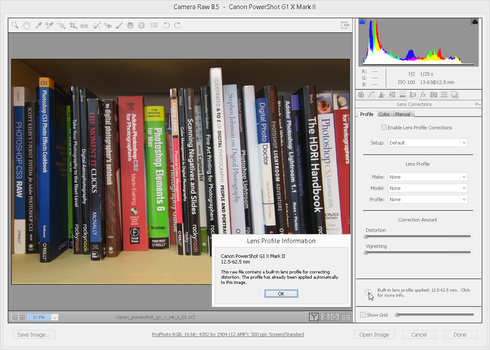 Interesting... It needs to be improved then. Especially at 12.5mm, people at the left and right edge, and even more-so in the corners, are distorted. Heads are really fat.

Thanks for the quick answer.

The correction may not be perfect but Adobe is supposedly duplicating the lens corrections that the camera does, itself. Do you feel this is not the case?

You can actually make your own lens profiles that would be applied in addition to whatever the camera-specified correction is, using the Adobe Lens Profile Creator. You could do one for the 12.5mm end only and apply it selectively and it wouldn't take that many shots to produce.

Can we see a raw picture that demonstrates what you're talking about? Upload to www.dropbox.com or similar and post a public download link, here.

I ask for an example picture because you say that heads aren't round. From what I understand, to fix barrel distortion--to make straight edges straight, again, the corners need to be stretched and this stretching causes distortion to round objects. This is because of the perspective distortion. You can't have round things round and straight things straight when objects become smaller the further away they get.

You can see this trading of one distortion for the another in the orange area surrounds the CS3 at the top of the spine and around the side of the 3rd-from-left book in my examples, above. In the uncorrected image, the orange area around the side seems relatively shallow, but in the corrected image, it seems much deeper. This is because the entire image is magnified in the corners to undo the perspective that makes things smaller the further away they get, in addition to the lens magnifying the middle more than the edges.

I know this is an old thread -- sorry to bring it up.  I however noticed that the OP never posted the raw image, and since have a perfect example of how people's heads get distorted at 12.5, I post it here:  I hope someone sees this, as I, too , would very much like to see this resoved.

The RAW is DNG, unfortunately I do not have the original CR2.