Just updated to the newest lightroom cc version and now the sliders in the develop mode do not respond to small slider adjustment clicks in either direction. I can move the slider in small increments all the way to either end with no change to the image I'm editing. I have to either use the + - keys or click very large increments.

Adobe's excuse boils down to "it's all Apple's fault, so we can't do anything about it."

Why, for example, does this type of thing not happen with other software? Why wasn't there a problem with the last release of LR CC (version 9.0)? If there is an issue with Apple's slider software, why did Adobe change this aspect of LR from the working version we had in version 9.0, or take it into account when designing version 9.1?

This is not the only basic bug in this release. What about the broken camera profiles for the Nikon D810?

No, it seems clear to me that this up-date was not properly tested before being released. It should not have been released until working at least as well as the previous version (which it does not).

Please stop the excuses and sort this all out!

They took out the workaround they had because the workaround is buggy. And they hope our complaining will force apple's devs to actually work on this bug in 10.10.5 or so.

I don't know which work around you mean, but the version of LR CC (version 9.0), which was current before the June up-date (version 9.1), was not buggy at all and, at least in my experience, did (does) not have the slider issue. As I have posted elsewhere, I have restored this earlier version on my Mac using Time Machine. I am using it now and it does not suffer from the slider issue, or any other significant problem, as far as I can tell that is. I shall continue to use version 9.0 until version 9.1 is fixed.

It is because version 9.0 works just fine, that I don't accept that the slider problem was caused by anyone other than Adobe. In my view, in bringing in version 9.1 Adobe forgot the old adage: "if it ain't broke, don't mend it!"

Finding the same here, I can tap sliders to the left or right with no effect on the images. Workflow to a crawl now. 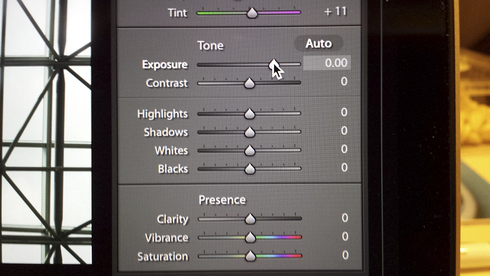 This reply was created from a merged topic originally titled LIGHTROOM - Sliders not working properly in 2015.1 release.

There's an issue with the latest update of lightroom (today is 6/18/15) with the sliders. It happens often. I will move a slider, but nothing happens. The slider will clearly be at a non-zero position, but the value will stay at zero and the image will not be adjusted. 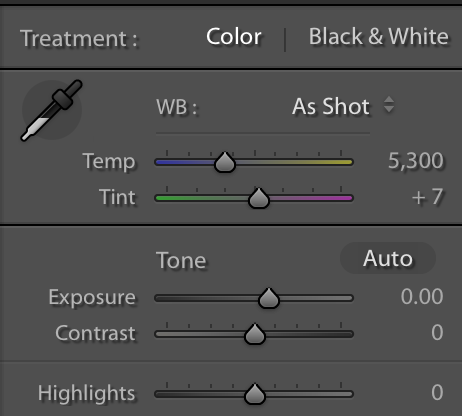 Other threads with lots of discussion of the same issues:

Adding my voice to this. Incredibly frustrating to try and make small adjustments and much more time consuming.

While this is frustrating, the simplest workaround for now is to click and drag the slider knob. It's an extra step, but not that much slower than clicking at the intended setting on the slider bar.

Same with me - the upgrade in cc. Just to add my support to what's been discussed above.

I have the same trouble with the sliders "sticking". Strange that this update wasn't fully tested before it's release. For now...it's back to earlier version.

Just discovered the same on my Mac. LR CC 9.1 and OSX 10.4
Never had the problem before upgrading

I am having this issue as well, for me it happens when I click close to where the slider already is, while if I click farther from the slider the adjustment will be made. Now I am clicking and dragging to make adjustments.

Same problem here. I had the Lightroom CC Trial before, and it worked fine. After the 2015 Update I subscribed to CC. Now I'm having this issue. It wasn't there before. If it had been, I would not have subscribed. Thinking about canceling my subscription while it's possible, if there isn't a fix soon.
Impossible to work on LR on a Trackpad this way.

I'm having this same problem in Lightroom CC after updating yesterday (4/7/15) it is incredibly frustrating and slows workflow down immensely. When you are using lightroom professionally to edit wedding photos at nearly a thousand a wedding it is extremely painful. Please adobe take note and fix this problem.
Thank you!

I'm also having the same issue, video for reference.

Having exact same issue after updating.. this is the reason why I always avoid update.