I have the new Canon S100 so I needed to get the newer version of Lightroom 3.6 so that I could edit my RAW files taken with the camera.
I imported all the photos from my camera into a folder and catalog using Lightroom.
Upon editing trying to edit the photos, I noticed a significant quality decrease in several areas. Specifically, a dramatic increase in reds in many of the photos.

Any photo that already had a little bit of warmth to it exploded with red. Literally looks like any photo was taken in a furnace with bright red lights illuminating everything. By turning the temperature all the way down and messing with the colors it makes the photos decent to look at, but obviously produces other problems with photo quality.

It could be an issue with reds, however it may also be a problem with it overexposing the photos.
With photos that don't contain a lot of red already it makes parts of the photo a lot brighter than they normally would be. I've also noticed significant amounts of noise in Lightroom compared to what can be seen in-camera.

This should be fixed in the final LR 3.6 build, now available on adobe.com.

It sounds like you are applying a preset upon import, or the camera profile is wrong or not right for this camera body.

Check to see what presets are being applied. Try Resting an image in Develope to make sure. You can also "zero" out an image to see what that does.

And check the active profile for these images. You might have to create your own profile (or select a different one) if your camera body is responding to light in a non-average (as determined by the averages in the profiles created by Adobe) manner.

I dont know how to do a lot of what you said haha.
1. How would I check if any Presets are being applied upon import?
2. When you say the "profile is wrong for the body" would that be a profile for inport within Lightroom, or something I should check within the camera?
3. I don't know if that was supposed to read "Reseting" or if "Resting" is right, but how do I do that and what is Develope?
4. How do I check the active profile for an image? Is that within the camera or within Lightroom?

I feel like a lot of this would be within Lightroom considering, when viewed on my camera, all the photos look great.

Also, any reason why I would notice a lot more noise in Lightroom than when I blow up the photo on the camera itself and see no noise?

Thanks for the help!

Alright I experimented with it and I was able to recreate the problem and I can say exactly when it happens. I've also found several different accounts of this happening with previous beta versions of Lightroom on the internet.

A couple things I tried first before doing it all over again. I tried resetting the photo, didn't do anything. I checked to see if there were any presets for the photo, there are no presets selected.
I re-calibrated my monitor, didn't change anything.

I decided to reimport all the photos from my camera using Mac's basic "Image Capture" software just to throw them all into a file on my desktop.
I then went into Lightroom and created a brand new catalog, and imported all the photos from their current location.
Before actually importing anything, I previewed all the photos in the Importer's preview window. Every single photo looked perfectly fine, I compared them side-by-side with my camera.
I imported all the photos in the catalog and all seemed well.
When I moused over the photos in question (the ones having the major red tint issues), but didn't click on them, they looked fine in the Preview.
However, once I clicked on them, they looked fine at first while it was still "Loading", but as soon as the loading finished, the huge red saturation kicked in.

It's nothing with my camera, it's nothing with my computer, it has to be something within Lightroom. The only other test I can do now is to take identical photos in RAW and JPEG and see if it still does the same thing to the JPEGs in 3.6 RC and in 3.5. However, I don't have the time right now to find and try and take photos in warm settings. Most lights in my house are those white kind that don't produce warm images.

I tried snapping a screen capture of the before and after of several of the photos, but it would load faster than I could snap a shot. I eventually got one of a photo that wasn't the best example, but you can still tell.
(Couldn't get the photo uploader to work, so here's a link)

The top 2 photos show the change from Loading to the Loaded photo.
The bottom one shows a more extreme example of what's happening to the photos.

Would really appreciate some feedback or help with this.
Anyone have any ideas?

One other thing to check: are you applying auto tone adjustments on import?

Nope. The only thing that's checked is "Auto Fix when first converting to black and white." But that wouldn't affect this at all.

Patrick, would it be possible to post some of the original Canon S100 you're seeing this with. The engineers have S100 images but aren't able to reproduce what you're seeing.

The exact same thing is happening to me. Any solution? I've followed all the above steps. When the pics are uploading to library the images are fine and then all of the sudden when they are completely uploaded the tone shifts to red. Thanks

Here is the same image before import (left) and then after import (right). You can actually see the shift in color when it's finished uploading. The quality in this example is low because I took a screen shot of them. 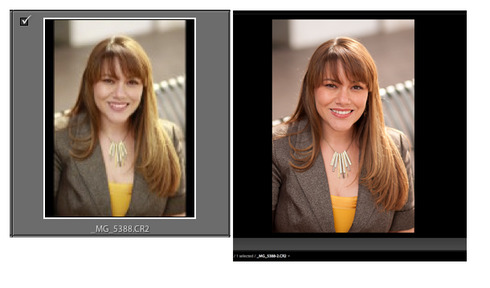 Tishy - Do you have the Canon S100 as well? Or is this happening with a different camera? Also, are you using 3.6 RC, 3.5, or some other version?
It's nice to know I'm not the only person currently having this problem.

I'm shooting with a canon 40D EOS. I don't think it has anything to do with the camera. I've noticed this happening in lightroom for the past couple of weeks. I'm using 3.4 Thanks!

Patrick, you can post them using YouSendIt, Dropbox or Adobe SendNow. I'll send you my email address.

Here are a couple more side-by-side photos to show how it's affecting my photos.

The top one is the preview before import, the bottom is the image after it's been imported. 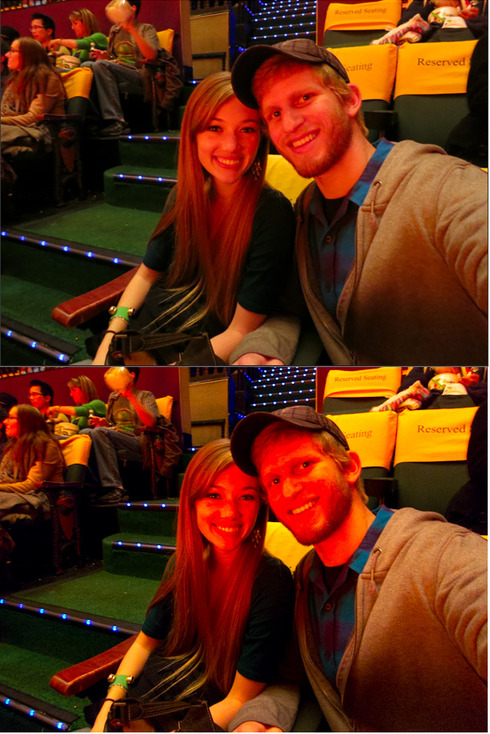 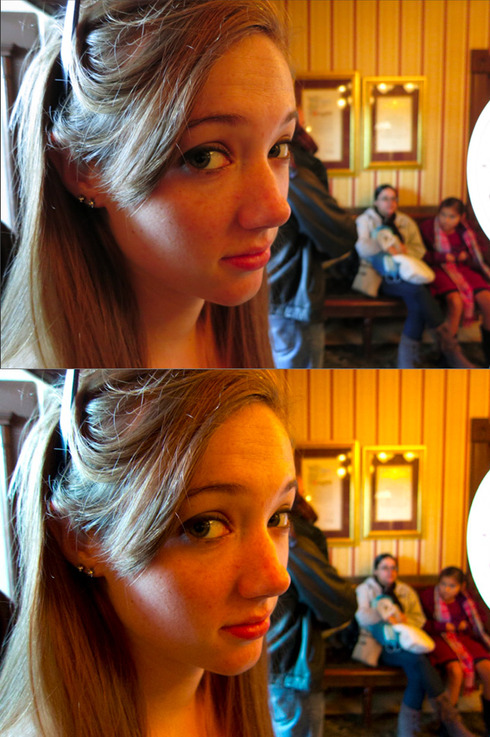 Another brief update, I just imported some new photos taken with my Canon XSi into Lightroom 3.6 RC and none of the photos reacted the same way that the Canon S100 photos did. So it's definitely something to do with the Canon S100's new/updated RAW file format or something and not simply an issue with the 3.6RC.
Hopefully this issue gets worked out before a public release of 3.6.

I downloaded this RC release just to be able to import the RAW images from this camera. However, during import, all of the thumbnail previews appear very red all over as if you're looking at them through a red filter. I cannot distinguish any other colors because there is so much red.

Tishy - did you notice a difference in the final Lr3.6 build - has this problem been "fixed" as far as you are concerned?