As the title says photoshop refuses to export to certain folders for no apparent reason with the attached screenshot.

this has only started happening since updating today to 22.3. 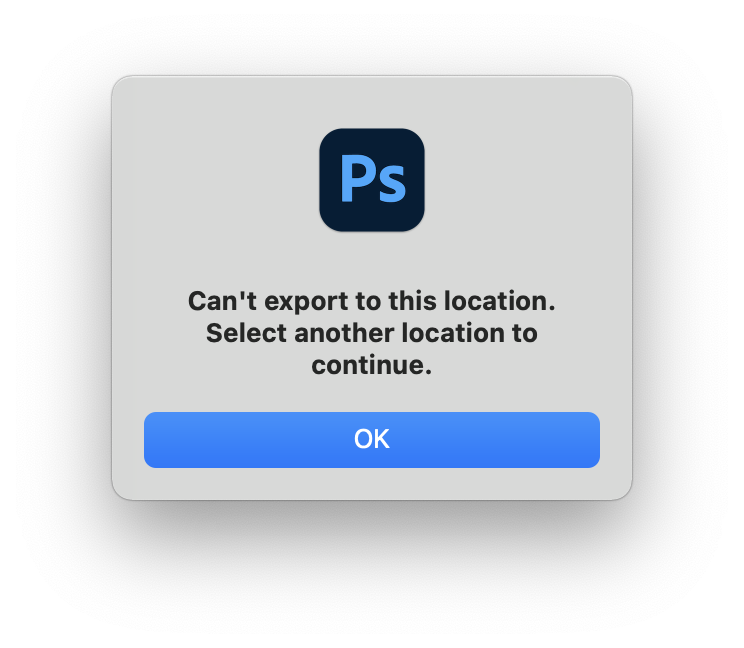 We're sorry for the export issue. We have acknowledged this problem and working on it. In the meanwhile, you can try the below workarounds for now:

Use Save As to export

Use Export As using Rosetta‌‌ (https://support.apple.com/en-us/HT211861)

Thank you for the prompt acknowledgement! Thanks for the tips! I didn't know I could check the Open Using Rosetta box. I thought I had to redownload the Intel version.

after further testing its only paths that include a # at start of the folder that you exporting to cause that error message to be displayed and folders that contain an # somewhere in them cause weird behaviour.

Photoshop 22.3 is really nice and quick. However, today I've discovered after finishing my artwork, that Quick Export As PNG is no longer working like it did in 22.2. I tried switching the different options on and off and it still doesn't work. If I set the option to choose the location where it exports to under "Preferences", it prompts me with this message: 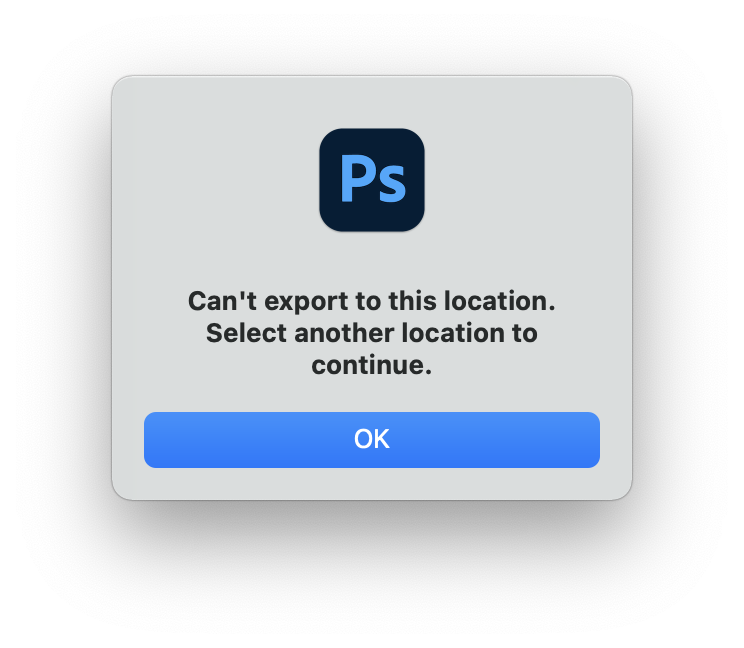 No worries, however, I can still export normally via the export panel. Whoops Export Panel is also broken here, can't export anything. No worries, I've just saved it as a .psd for now. Just wanted to let the people at Adobe know. :)
Thanks!
Ariel
Note: This comment was created from a merged conversation originally titled Photoshop 22.3 (Apple Silicon) Quick Export as PNG and Export As... not working on M1 MacBook Pro

Have tried it just out of curiosity after reading your post with the newly installed Windows10-latest version on the PC, and here it works. Did not work with the Windows version two days ago. 22.3 seems to be very sensitive.

And I will wait using it on the M1 Macbook Air until these reported bugs are fixed. Ruins much time.

Thanks! Just wondering where to submit a bug report and the Adobe pages led me here. So this is where it is hahah.