Since last patch i think, the liquify tool shows my current layer im working on as part of the backdrop. So if i edit a layer using liquify, im editing directly over top of a duplicate of the same layer, making it difficult to properly see the end result. Seems like a bug.

In example shown, i'm editing the blue line layer. I swirled it, but as can be seen, the unedited layer is duplicated underneath, flattened into the backdrop so you still see the blue line as straight underneath it as well as editied (swirled) on top of it. 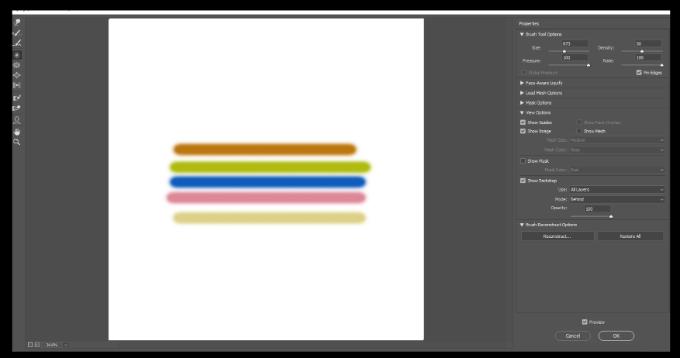 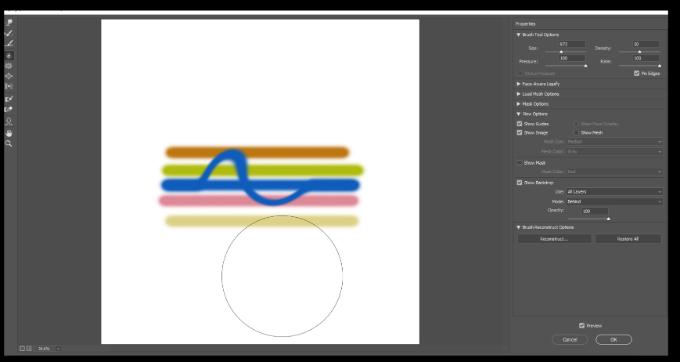