Photoshop 21.x: Blend If functionality on Groups is broken / missing

It may not crash, but the Blend If effect isn't functioning. Blend If on the Group, using the Underlying Layer slider, just toggles the effect of the group on and off. It doesn't apply a blend based on luminosity. It is just on or off, same as using the layer visibility eyeball. This is on Windows 10, to be clear.

These pictures hopefully demonstrate. The "Dodge" group comprises a Curves layer with a simple luminosity midtone lift and a Hue/Sat layer with just -10 Saturation applied. Both have a blank mask but the Group has a negative mask, with painting on the Group mask to apply the combined effect.

Picture 1shows no blend and the dodge effect fully applied in the selected area, on the group mask. Pic 2 shows that by merely raising the Group Blend If Underlying Layer slider by 1 level, the effect totally vanishes whereas prior to 21.x the effect should apply across the luminosity gradient. Splitting the sliders to feather also has no impact on the fault. The effect just disappears as if the group had been hidden. 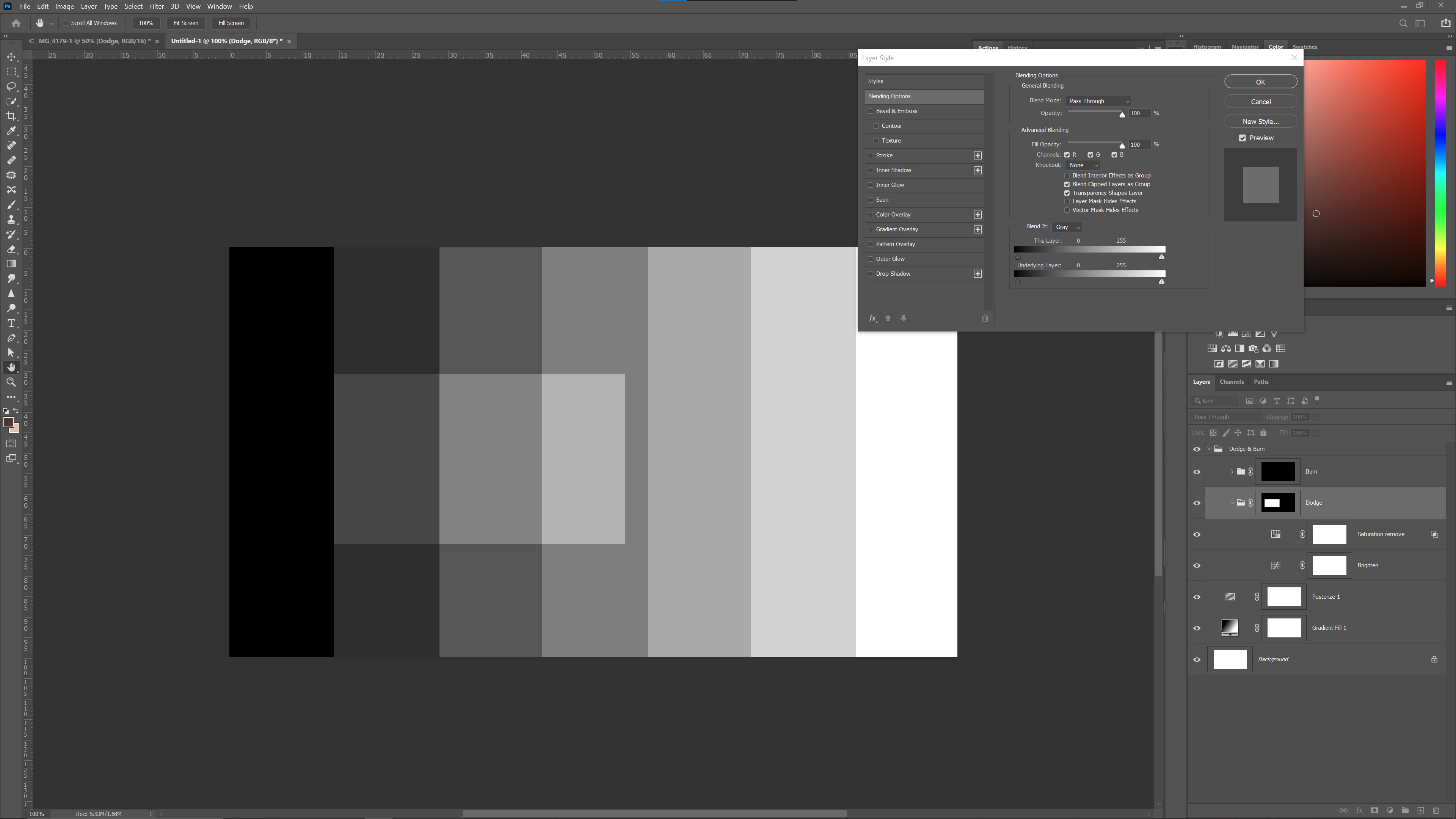 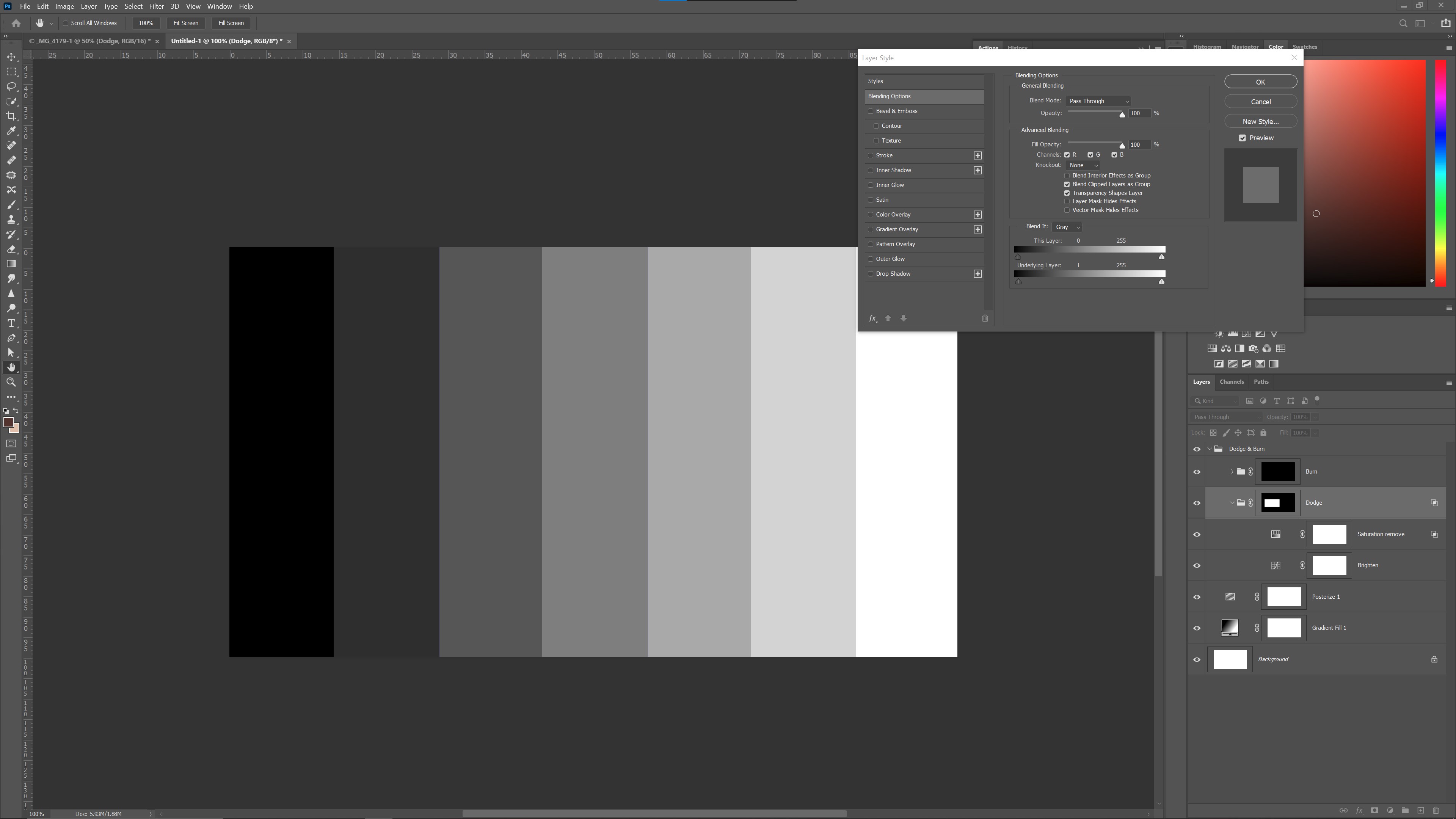 To repeat myself for sake of total clarity, the app no longer crashes but Blend If on a Group still doesn't do anything.

I am starting a new issue because of confusion on the existing thread and because I don't consider this fixed until it works again as expected.

Looks like this was never fully implemented. It's on the team backlog to see if they can hook it up.

Thanks for the reply.  Really hoping this gets sorted out.

Yes thanks for acknowledging

Hay Matt, would it be possible to share the PSD file you used above to reproduce the problem you're reporting?

Sure, where do I send it?

Easiest way is to use CC Files or Dropbox and share a link.

Perhaps it's easier to use with the posterize layer turned off. Using Blend If on the "Brighten" layer in the "Dodge" group produces the desired effect, but using Blend If on the "Dodge" GROUP does NOT. That's fine in this monochrome example but if I wanted the effect of the Hue / Sat layer to work, as I would in a real dodge and burn, I need the Blend If to work at group level like it used to.

Appreciated. I wanted to make sure I had exactly your setup to reproduce for the engineers.

Cheers, look forward to the feedback!

Thank you guys for creating a separate thread from the crasher.  I noticed we have this logged in our internal To Do list already.  Has this issue been around for previous versions like Photoshop CC 2019 or older?

No. I only noticed it in June I think, 21.2 release from memory. I couldn't swear that 21.0 didn't bring it in by I do know it certainly used to work and was fine until not long before June