There are some ways to customize and extend Photoshop: actions, extendscript, extensions, plugins. But there is no access to tools (brush, eyedropper, dodge, etc).

If ExtendScript or some other API would let me customize tools (like Eydropper) I would defenetely use such opportunity. It would be great if developers could extend standart Photoshop tools or create new ones, For example, I would create illustrator-like eydropper which also copies styles not just colors.

Photoshop, Illustrator and InDesign would develop much faster if users and developers had such API. Maybe Adobe developers would include my custom eyedropper in the next release. It would be great! 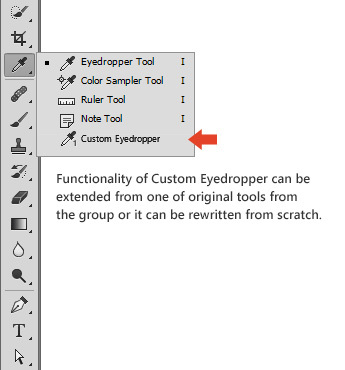