With the new artboard tool in Photoshop, I feel like it needs to be able to have guides nested within the artboard. That way when you duplicate an artboard, for another concept or screen etc, they will have the same guides so everything lines up. This is an essential part of what this new feature needs for me, so would appreciate it being looked at for a future update.

Hi Robert, this is high on our backlog and we are actively investigating it along with some other guides related work.

Thank Joel, would be a big help!

This is an absolute must, particularly if you're designing web to a responsive system, such as Bootstrap. I wondered whether using a 3rd party plugin like 'GuideGuide' might be a helpful workaround, but alas no. You can set the guides for the first board, but trying to set guides into the second board, it'll try and create the guide set across both boards together.

As soon as this becomes a reality, I'll definitely use boards. Until then, however....

Same here. Artboards are a fantastic idea but without the ability to replicate guides in artboard 1 it's not useable for me yet.
Guides as per Illustrator?

I'm using 'GuideGuide' here: Create your first Artboard and, using GuideGuide, create a set. I'm designing for Bootstrap, so I have 12 columns with a 30px gutter between each. I've saved this as a set and applied. So, I have my first artboard up and running.

I'll then create my second board, cmd+a (ctrl+a on Windows) to select the bounds of your artboard, then apply the guideguide set again. Hey presto!!

Of course, it would be lovely to have native guide functionality that's as comprehensive as GuideGuide, but maybe in the future!

Hey Mike.
Good call. Works her as well.
Thanks!

Essentially a template or easily applicable guide setup that I can add to new artboards. Also Artboard specific guides that do not extend infinitely.

This reply was created from a merged topic originally titled Copying guides to other artboards (CC2015).

Artboards issue: Need to be able to transfer guides form one artboard to another. Guides could maybe work as per Illustrator to help this.
Reasoning: Imagine designing an app with multiple screens. I set-up guides to control columns and therefore line things up. This is as important on screen 1 as on any other screen.

Essentially a template or easily applicable guide setup that I can add to new artboards. Also Artboard specific guides that do not extend infinitely.

Definitely agree, guides are an important part of many workflows. We wanted to have more guides integration in this first release of artboards, but we also didn't want to hold the feature because we knew many would appreciate using artboards in their current implementation. Guides are a very high priority for future artboards though.

1. Create a new artboard
2. Redimmension it, manually or using one of the presets
3. When creating a new guide layout, the guides go beyond the artboard boundaries.
4. When scaling the artboard down the guides will be created outside based on the old dimmensions and when scalling it up the guides are created based on a even larger artbord.

we just a made a big step and switched from our much loved Fireworks over to the new Photoshop CC 2015 for making web designs. Wasn’t an easy choice, but since Fireworks is no longer updated, it was just a matter of time and the new Artboard feature seemed like the right starting point.

The good news first:
It is amazing how fast we were able to dive into Photoshop web designs abilities. After some tuning of the settings it now feels pretty much as Fireworks – even if it will never be the same. ;-)

Artboards are cool, but when you have to work with multiple of them, guides don't really make sense anymore, since they overlap EVERY artboard on the screen. So when you have some horizontal guides in place and start a second artboard for a responsive layout beside the first one, the guides eventually will disrupt the new layout.

Also it would be really great if Photoshop could do some fancy guide stuff that plugins like GuideGuide offer – just like Indesign can do.

One really cool feature I miss from Fireworks is that when you drag in a guide and keep Shift key pressed, Fireworks would show you the exact spacing between the nearest guide one screen. Pretty neat! ;-)

Hope you guys can take a look at this.

Thanks in advance!
Mary 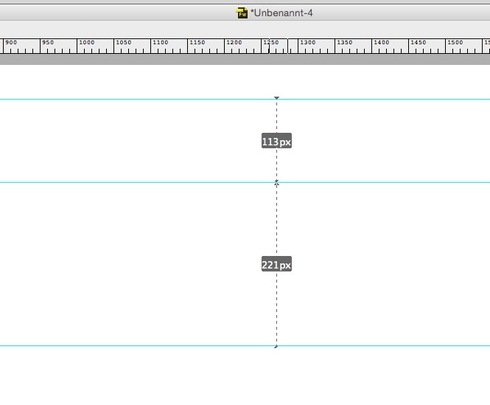 InDesign style guides - perfect. This is what we need.

Thanks for the feedback Mary and Andy, guides work is high on our backlog and it will address many of these points. I'll discuss your feedback with the team, with this item in particular. Stay tuned!

This reply was created from a merged topic originally titled PHOTOSHOP CC 2015 - Selecting an item outside of the artboard will shift all of m....

Since artboard guide layouts haven't been added I've created some boxes to use to create new vertical guides outside of my artboard. Whenever I turn those boxes on, they rarely actually turn on and when they do and I click on it, all of my guides on my artboard shift to accommodate the outside objects like I've extended my artboard.

It turns out, whenever you take an item from your artboard and drag it outside of the artboard the guides will follow it. 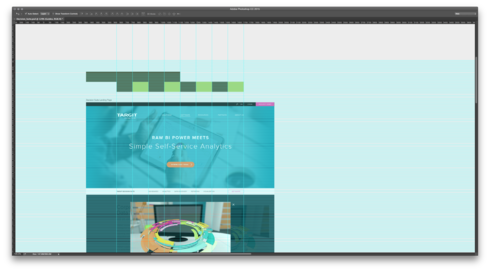 This reply was created from a merged topic originally titled Assigning Guides to Layers in Photoshop.

PLEASE - I BEG OF YOU - allow a user to assign guides to layers in photoshop like you're allowed to in illustrator so I can actually use your new wonderful artboard feature in photoshop and create nested grid layers!!!!