Photoshop CC 2014 keyboard shortcuts suddenly stop working on Mac 10.10.2.
I reboot and they start working again for a short time, then they stop. Any solutions? 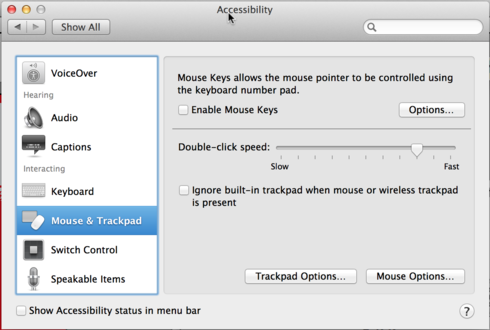 No, mouse keys is unchecked

Is it all shortcuts? (e.g. single keys for tools, specifically the spacebar, F-keys, multi-key shortcuts for commands)

Are you running any system extensions? They usually show up here in System Preferences: 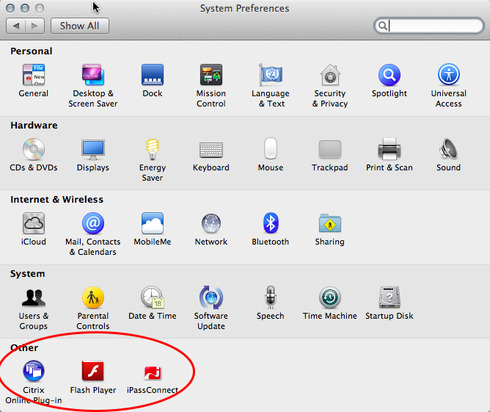 Both PS and Yosemite are up to date.

Here is a screenshot of my system prefs: 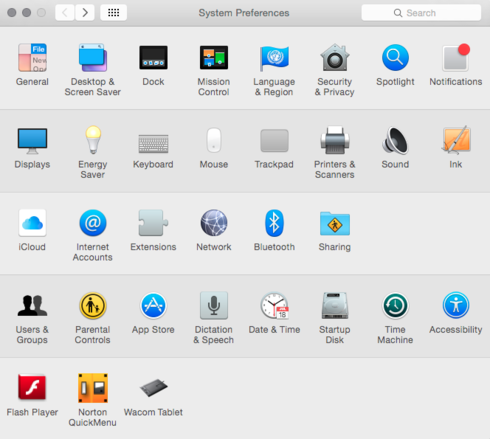 So it sounds like it's primarily the spacebar not working?

This reply was created from a merged topic originally titled Intermittent Shortcut Failure.

Hi there, forgive me if this issue has already been raised but I did search and haven't been able to find anything.

and I'm using a Wacom Intuos 4 with the most up to date drivers.

I have uninstalled my older version of Photoshop CC.

My problem is that when I use shortcut keys (usually swapping between brush and eraser with 'B' and 'E') they intermittently do not work. Sometimes they work as expected but more often than not nothing happens. What I have noticed, which I find very unusual, is that if I hold down the key sometimes after a few seconds the tool will change (but also sometimes it won't!).

My keyboard works perfectly in all other software and even when inputting type into photoshop fields/using the text tool.

I would really appreciate a swift solution as this is massively slowing down my workflow and becoming very frustrating.

My gut reaction would be to ask you to try again with your Intuos completely disabled and disconnected.  I'm fairly certain that you'll find the problem gone.  We've heard many reports of the tablet hijacking keyboard input.

I'm not suggesting this as a "solution" but rather as a way to definitively narrow down the troubleshooting process.  I'm also available for a web-hosted screenshare if that'd be helpful.

Thanks David, that sounds like it could be helpful.

I've tried with the Wacom completely disconnected and the problem persists.

One thing I've discovered is that I can sort of force the problem to occur by interacting with the 'Libraries' window, however, closing the window/not interacting with it doesn't seem to solve it.

How would we go about doing a screenshare?

Are you free after 4pm today?  I have a
meeting until then.  I’ll follow up with an email to start the ball rolling...

If today doesn’t work, I should be free a good chunk of tomorrow
as well.