After the update to PS 2015.0.1 I realise that an script UI Dialog I'm using in one of my panels is not working as expected. I mean, it works after the update and that's great! but let me show you the difference between the same script executed in CC2014 and CC2015.

If I execute the script from a panel in CC 2014 this is the normal, expected, behaviour (the drawing is rotated 4 times): 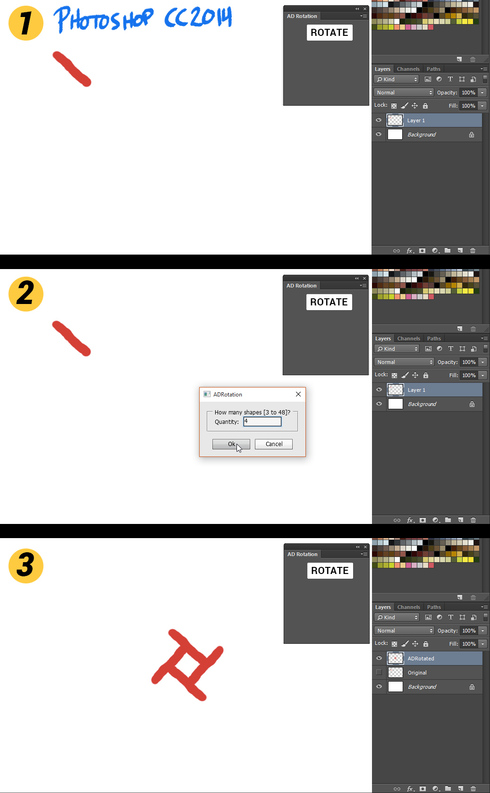 But in CC 2015 this is what happens (the drawing is rotated 4 times and the resulting image is rotated AGAIN 4 times!): 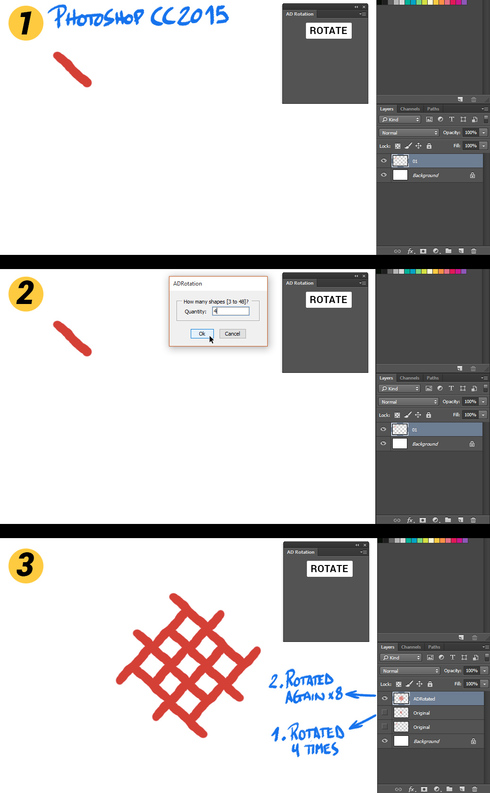 I suspect it may be something wrong with my script but it works fine in CC2014 so I'm not really sure, it also could be a bug ... or not?

If you want to pay a view to the (messy) script I'll leave a Zip file with the panel in my Dropbox (for a while):
https://dl.dropboxusercontent.com/u/1...

In CC 2015 we are using a new UI framework instead of Flex for ScriptUI. ScriptUI/Flex was rather lenient in certain ways that the new framework is not (which is good).

I believe the cause of the problem is at line 73:

It is closing the parent of the button, which is a group. If you change this line to this.parent.parent.close(0); to close the dialog, the script will work as expected.

I hope that helps.

many many thanks for that!
I'll try it tomorrow and report how it was once done.

Of course, it worked as expected! :-)
Many thanks Eric!