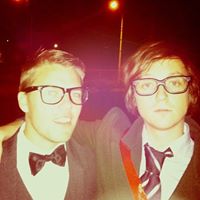 Libraries in 2014.2 seem really promising, but at the moment are a little limited in my current workflow by functionality.

Linked Smart Object Support:
It would be really helpful if I could add Linked smart objects to a library. For every app I design I have a library of common elements within them such as "Navbar" and "Profile Pictures" etc that have multiple layer comps inside them, essentially turning them into very powerful building blocks, thanks for that! The only problem being I cant now add those linked smart objects to my library, which i what I would probably mainly use it for.

One workaround I discovered to hack around this is to place a linked PSD into a blank document, then hit the "Add Graphic" to my library. This adds the linked smart object to the library, which is essentially what I want, but it adds the linked smart object as it at that point in time. This means that if I update the smart object, the graphic in the library is outdated, and I then have to "Update all modified content" every time I place it in a PSD.

Its also a very hacky process to add these in, it would be great to have an "Add linked File" option as well, to add multiple files in (I have a lot of commonly used files).

Library Organisation:
The library currently just displays the graphics etc in the order you add them, which is a little unintuitive. It would be great to sort these alphabetically by default, and allow the user to reorder these.

It would also be very handy to be able to group these elements ie. "Logos", "UI", etc

Swatch Support:
For each project, we use a swatch that has all of the relevant colours for that project in it, named and ordered within relevant groups/sections. It would be a shame if I had to create an element for each of these colours, and have to re add them manually one by one into the library.

It would be great if the add file dialog mentioned earlier would let me add an entire swatch into the library, and be able to see and use all of those colours.

All in all, I'm really happy to see Adobe constantly making improvements on Photoshop, and major additions to my workflow such as linked smart objects, and the potential that the libraries functionality has makes me really excited about Photoshop again, and the future of design. Thanks guys!

Great suggestions! We are already working on the Linked Smart Object support. I agree this could be very powerful.

We will look into the other suggestions as well. Stay tuned!

Thanks Stephen! Glad to see you're listening. :-)

Did you have any feedback on text variables? It is my number one feature request.. It would increase my workflow massively! http://feedback.photoshop.com/photosh...

Hi Steven, wondering if you had any updates on this?

Hi Daniel, nothing to share publicly yet, but we are actively working on several of your suggestions for the next release of Photoshop. Stay tuned!

Fantastic news, thanks so much for listening!