Photoshop: Improve the scaling/range of filters

I'm a current user of Photoshop CC. And have two requests for improvements in the function, performance and utilization of Filters. This is my "part one" request.

As of now even the newest of the Filters don't scale well. That is, the effect(s) they produce can be optimized well only over a specific range of image size. Currently, DSLRs provide the Photoshop user with larger and larger input image sizes. Even stock images can now be regularly licensed in sizes of 4800 by 3200 pixels - some even bigger than that.

The first two images here are outputs from the Oil Paint Filter (which was a new baseline addition to Photoshop CS6). The first is from a large image; the second from a half (linear) size duplicate. The settings of the Filter were the same for both images - and are shown in the screenshot included here. Scale is set at its mid-point. The effect obtained in the smaller image is visually preferable, particularly in the foreground.

But now the final image of the four shows that that output effect cannot be obtained for the larger size image - even when, as here, when raising the Scale factor to its maximum.

There are of course some manual workarounds for this. (One is, in this case, to use the Oil Paint Filter twice in a Smart Object). But in current times, when Filters in Photoshop are now officially termed as "Smart", why can't they be programmed so as to adapt to image size? They certainly don't anymore need to provide best outputs in the 2000 pixel image size range. 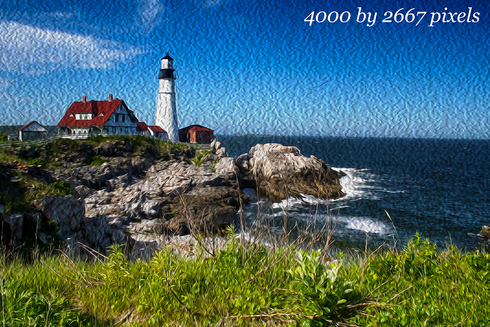 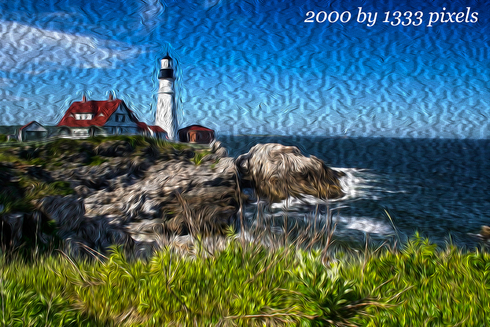 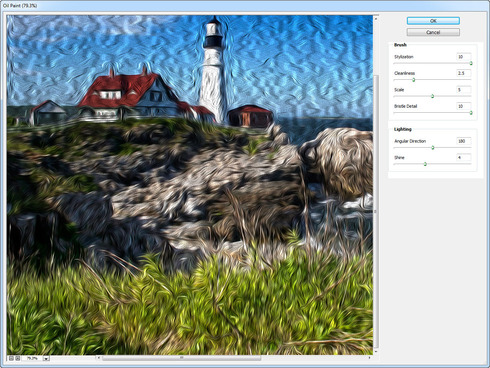 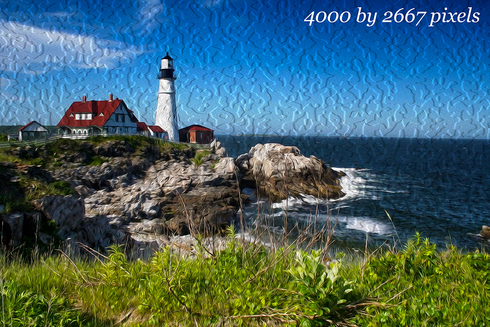 Hi I noticed this problem also and have tried to fix but don't know how: you said there are some manual operations that could overcome this problem. Could you please give some additional information of how to proceed.
Thank you