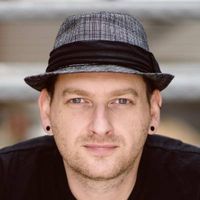 One of 21.1.0's new features is 'improved' performance while dragging. It's clear that one of the new changes is a reduced frequency with which Photoshop redraws the screen. On paper, this improves performance as it lessens the load on the CPU/GPU. But in practice, moving the screen around now feels laggy as hell, and worse than ever. It's dreadful.

I use the hold-spacebar+drag method of panning the canvas, and I find it way harder to drag around effectively now, because I can't see how far I've dragged things until after a lengthy delay. The screen effectively remains frozen while I drag the cursor around, updating only every 300ms or so, resulting in huge abrupt jumps of the canvas. It no longer resembles a real-world sensation of actually sliding something around, therefore it feels more jarring and less intuitive.

The only solution I've found is to turn "enable flick panning" on, as that makes the updates more frequent again. But it also behaves quite unnaturally in its own way. For example, if you move the cursor around and then abruptly stop moving at your desired destination, and hold down the mouse/wacom for a third of a second or so without moving, to make sure Photoshop knows that you've stopped, once you let go of the mouse/wacom, the canvas will shoot off - as if you were just holding a rubber band back and let go. Even though you depressed the mouse/wacom for a good 1/3 of a second while not moving the cursor at all, which is something surely no one would do if they wanted their canvas to flick vigorously.

I really hope you can address this somehow. Perhaps you can reintroduce the more frequent screen redraws as an option somehow for those who want them (and for those who don't want flick panning). Maybe you can put the new 'improvements' in an "optimized panning" option (enabled by default) that increases the screen redraw frequency if disabled.

My problem relates to moving the canvas, which I only see you do at ~0:18 in that video. It looks nice and smooth, though you aren't moving very fast, so I can't be sure what it would look like when moving fast. But I think it's better than what I have now, so perhaps it's a Windows issue. Mine used to be that smooth even when panning vigorously, but now it's a stuttering mess unless I move the cursor very slowly (or I use flick panning, as mentioned): animated GIF showing my current situation here:https://gph.is/g/aXJRBLRI don't think my PC specs would be to blame, as I'm on an aging but still very decent machine: Windows 10CPU: i7-9700kGPU: Two GTX980ti's in SLI64GB RAM (DDR4-2133)Photoshop installed on a very fast Samsung M.2 SSD drive, with a separate SSD scratch drive.

I should emphasise that the responsiveness of Flick Panning is great. I don't know if it's improved or the same since before 21.1.0 because I didn't use it before. But I wonder whether the new 'improvements' were left out of Flick Panning, and it uses the old engine? Or perhaps something is broken or interfering with the non-Flick Panning method on my machine? I'd certainly appreciate any input anyone might have about this - whether staff or other users. I'm a very fast and 'twitchy' worker, and this new panning lagginess is killing my flow at the moment :(

This may have been a driver-related issue. I've upgraded my nvidia driver from 436.48 to 445.75 and so far dragging seems a lot better